How to handle teenage parties and sleepovers 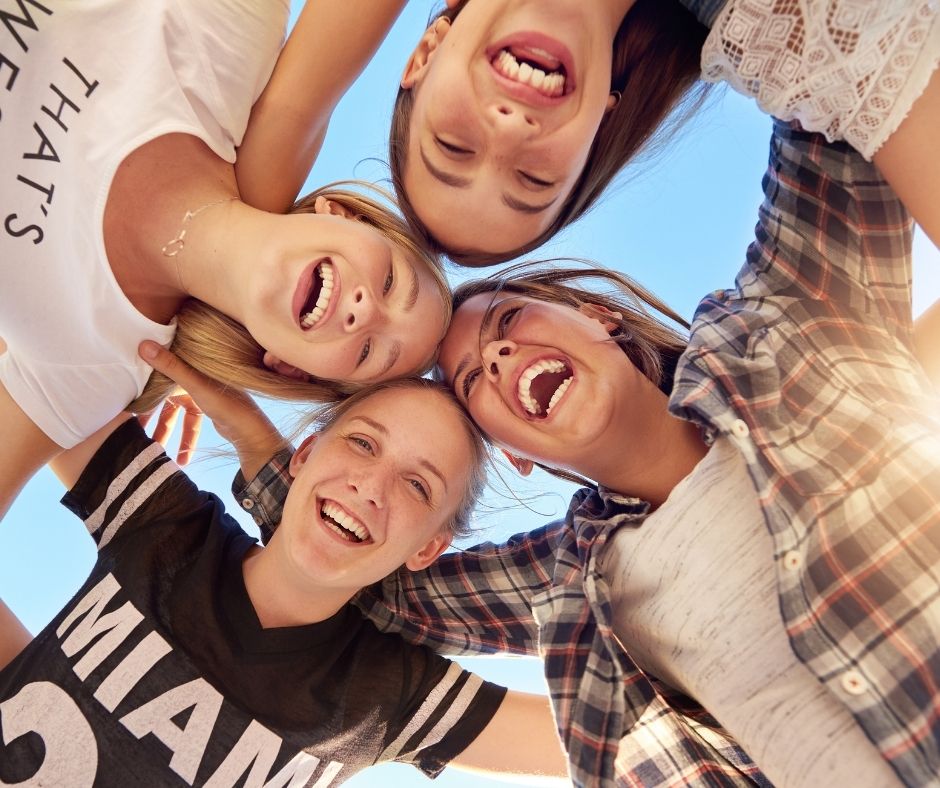 Most parents worry about what their teenagers get up to after dark. But parents’ concerns are now amplified because many parties are organised by the teens themselves – using social media and often without parental involvement.

With easy access to drink and drugs and a party held at the house of a family you may not know, it’s harder than ever to know what the boundaries are. Leading concerns include: is the party actually happening or is it an excuse for the teenagers to meet up and do something else? What are the hosting parents like – and have they consented? Will there be any alcohol and how closely will the teenage guests be supervised?

Download your free guide to starting secondary school - for parents!

Not all parents are on the same page

Janey Downshire, a trained counsellor who specialises in teenage development, says that parents can easily feel ‘rail roaded’ by their teenagers into agreeing to let them go to parties they might feel anxious or suspicious about. “Your child may say: ‘I’ll be the only person who isn’t allowed to go,’ and it’s easy to capitulate,’" she says.

"Boundaries have become eroded – so that what one person thinks is acceptable for a 15 year old is not what another parent would want. You need to be informed about what is going on in order to be an authoritative parent who is respected by their child rather than one who tries to befriend them or negotiate with them. Talk to other parents and find out exactly what is going on at the party – a platform like Classlist can help you to do this."

Classlist is a secure digital platform that with more than 300,000 parents using it in schools worldwide. It enables parents to contact each other about everything from teen parties to lost property. It also makes organising events easy as RSVPs, tickets and payments are all processed on the Classlist platform.

Janey runs respected Teenagers Translated courses in a number of UK schools with fellow counsellor Naella Grew, to help parents and teachers access the latest research regarding teenage development. The pair say it is vital to start by understanding the profound changes going on in the adolescent brain. Changing brain chemistry prompts lethargy, apparent lack of motivation and risk-taking without any notion of consequences. Janey also stresses that all current medical evidence advises against teens drinking alcohol before they are 16. This is because the developing adolescent brain moulds and adapts according to the experiences it encounters. So exposure to gaming, drugs and alcohol can lead a teenager’s brain to become wired to expect more, leading to an increased likelihood of addictive pathways developing.

Sophie Locket, former chairman of the Parents’ Association at Caterham School in Surrey agrees that Classlist takes the stress out of waving teens off to a party.

“The junior school days when you know all your child’s friends by name, know where they live and when you can send your child to parties with a beaming face and full of confidence seem to pass very quickly. With the move up to senior school you simply don’t get to know so many parents, even within a strong school community, as your child is more independent and their friendship group grows continuously.

“Invitations to parties can come thick and fast and as a parent you always have a difficult judgement call to make. Whilst you want your son or daughter to have good friends and socialise, you are constantly worrying whether an invitation is genuine, do the party holder’s parents actually know about the party, will they be there and who else is going. One of the benefits of having Classlist is that it is a quick and direct way of checking out all of those worries. You can make good, informed decisions that back up all you are trying to teach your child without clipping their fledgling wings unnecessarily.”

Teenage sleepovers are also a big nightmare for many parents – with high profile cases of teenage girls being attacked by men they’d met online – often telling their parents they were going to stay the night on at a friend’s house. A staggering nine out of 10 parents are concerned and anxious about their children going to sleepovers. A poll of more than 1,000 Australian parents with kids aged three to 17 found that the main concern of parents was their children’s safety when staying at a friend’s house. The second biggest worry was not knowing the parents who were hosting the sleepover, with 42 per cent reporting that was a concern.

Parent associations in schools that have signed up to Classlist report that increased communications among parents is helping to iron out concerns about sleepovers, party arrangements and other social events without the teenagers even being aware of it.

“For a teenager, the worst thing is being embarrassed by your parents – such as knowing your mum is ringing up to check on a party,” says former assistant head teacher Laurie O’Donnell, a teacher and national education advisor in Scotland for 30 years.

“Classlist can help to reassure parents about their teenager’s social life without making a big fuss about it,” says Mr O’ Donnell, himself a father of two daughters aged 19 and 22.

“If a teenager does something stupid at a party the impact on their reputation at school could be immense. It is not only a human problem for the kids to deal with but also can have a big effect on their learning at school.”

Classlist's award-winning parent communications app is the safer alternative to public social networks. It's easy to set up! Be amongst more than 350,000 parents using Classlist in 25+ countries. Get started today!

How overcaring mums can damage the child they love

Being the mum of teenage daughter brings a host of potential problems to worry about – from weight...

6 ways to get new parents to join your PTA

Christmas party gaffes - are you guilty?

Parents’ Christmas parties offer a great chance to meet parents you might not normally bump into at...