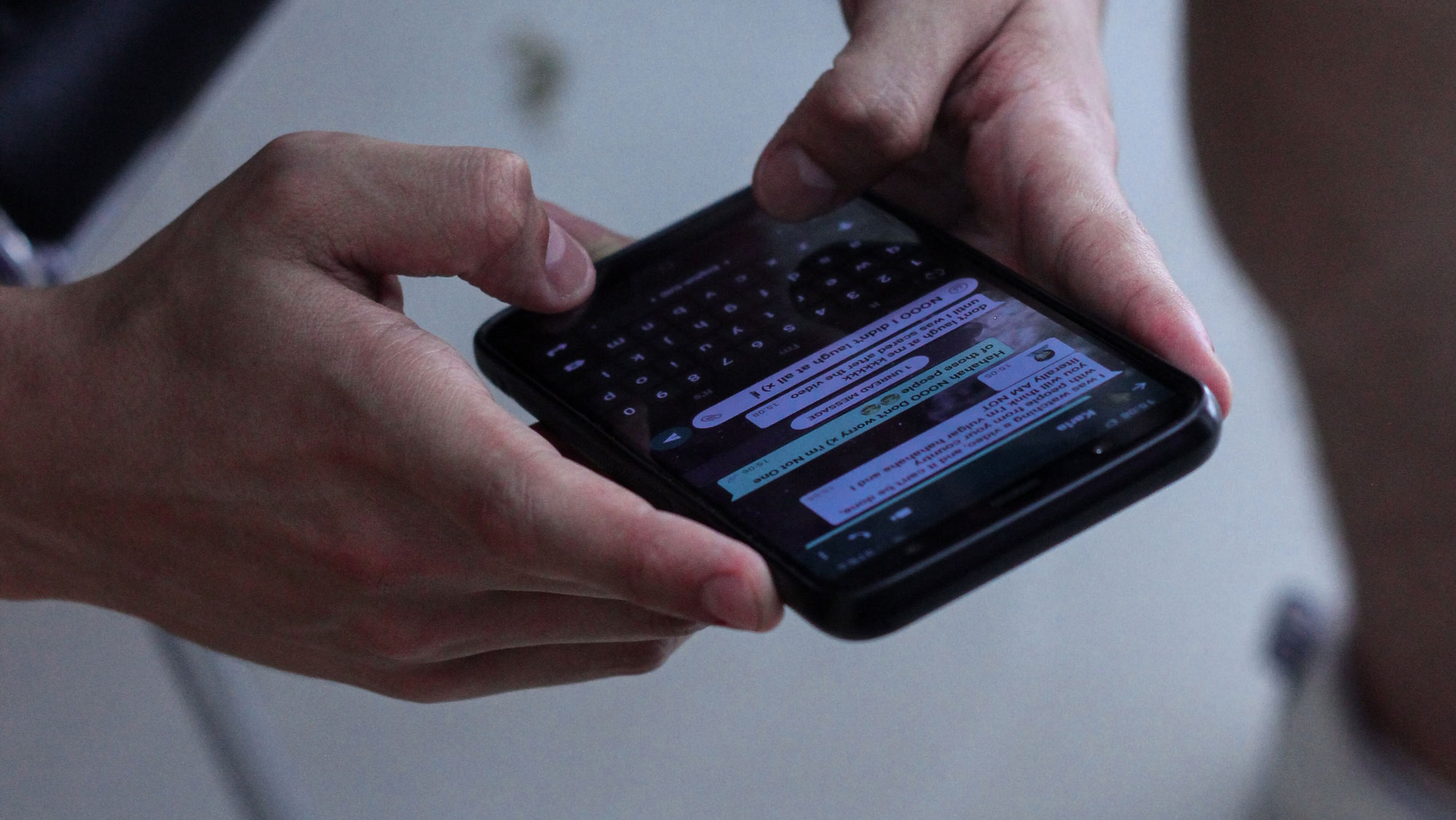 I’m not about to give you a technical brief here - WhatsApp hasn’t gone down and I wouldn’t know what to do if it did. What I’m talking about is when WhatsApp turns sour. And in particular when WhatsApp groups for schools and parent groups get too much.

We’ve all been in WhatsApp groups where someone has made an awkward comment or embarrassing announcement. When it’s amongst close friends, you can all jolly along and smooth over the cracks. Someone will make a joke no doubt, and you’ll all forget about it.

But when a devastating comment pops up in your school WhatsApp group, it’s tumbleweed time. You may not know each other well, and in the early years, your childrens’ social lives depend on you being liked and friendly with the group. Much credit goes to the person who is brave enough to stick their head above the parapet and try to calm down the situation on the school WhatsApp. There’s a certain guilty pleasure to be had in imagining everyone feverishly checking their phones to see if there’s been a reply.

There are many flashpoints that can create strong feelings amongst school parents. Everything from who got the lead role in the school play, to the content of the sex education, to the requirement that children eat all their greens before going out to play. At home, we’re all parenting differently from each other, passionately committed to the way we are doing this and ready to defend our values and approach to the detriment of all other ways of doing it. In school, your children are being guided and directed in yet another different way.

There’s something about the ‘disinhibition effect’ of the screen that unleashes our moral outrage. It allows us to be extra. We’re somehow happy to share our unvarnished opinions in a way that we’d reserve for our nearest and dearest in real life.

On WhatsApp, there’s no undo button, no moderation tools. Once someone has sent a message that has ruffled the feathers of half the class, there’s no way to erase it from people’s memories, even if they delete it later. It’s a funny thing that we’re (nearly) all trying to teach our children manners, but often fall foul when given an opportunity to broadcast ourselves. It’s as if being alone during the moment of typing makes us forget that we still need to be socially reasonable.

We haven’t met but…

Even more bizarre to think that when you start at a school and first get added to a parent WhatsApp group, you’re essentially communicating with a list of phone numbers. You have no way of knowing who you are actually talking to, let alone who their children are (your child’s new IRL friends). It goes against everything we tell our children about communicating with strangers online or in person, no?

Social queens rule by WhatsApp. I’m sure sociologists will one day study the longer-term psychosocial impacts of being added to or left out from a group. Queen Bee is usually the admin of the overarching, catch-all friend group. Over time, some have been known to carefully squeeze out the people they don’t favour by creating new, splinter groups. The master trick is to have lots of overlapping members between the groups so that they all share responsibility and dear Queenie can never be accused of being unfriendly.
It’s Mean Girls, the 2022 edit.

The absolute horror of it when a splinter group mistakenly continues their discussion about a hush hush girl’s weekend in the wrong overlap group! The stomachs of everyone who has been left out simultaneously hit the floor. The rejection feels visceral, even as adults. The toxicity of this social engineering is classic playground behaviour. Again, something we’re happy to preach to our children about.

All that drama is best left out of the massive and ongoing job of managing your child’s school life. When you’re trying to find out if it is PE kit day tomorrow, you need information and you need it fast. And to be fair, a lot of school parent WhatsApp groups help with exactly that - without any nonsense. Although… more often than not, you’ll get a dozen pings from people telling you they don’t know either before the topic spills over into a discussion about Bridgerton or similar.

Classlist was created to counter all this confusion. And it’s become the world’s biggest social network designed purely for school parents. The app makes your life as parents and PTA volunteers easier, by streamlining all the school-based chat into topics, helping you identify other parents and make friends, and with tools to help you organise school events and sell tickets. There are moderation widgets built in and because of this, manners follow. Which means they’re rarely needed. It’s that simple really.

There’s another potential issue for parents who are admins on school WhatsApp groups and that is the thrilling world of data protection. The major UK school associations have been issuing new guidance on this recently. In brief, legislation in the UK, European Union and many other regions can make parent administrators running school related WhatsApp groups (for example class or year groups) liable if other people’s data isn’t protected properly, or is misused. “But the parents agreed to join!” the group admin exclaims. That doesn’t cut it. If you’re driving a bus, your passengers are happy to climb on board. That doesn’t excuse you from making sure the brakes work.

A bigger issue for schools is likely to be inclusivity. Lots of parents won’t sign up to WhatsApp groups - they don’t want to make their phone number public, or have their personal data uploaded by Meta group. Others are just… forgotten. It’s not fair if they (and their kids) are then excluded from what’s going on in class.

You can use Classlist to make sure every parent and every family is included in the social life of your school. No-one can be left out, on purpose or by mistake. You also protect the parents organising these groups, as using Classlist means they comply fully with GDPR.

Suzanne McGillivray, PA Chair, Kingston Grammar School summed it up brilliantly when she said: “Classlist is working brilliantly for us. We have found it really easy to sell event tickets, and also to get volunteers to help. Parents tell me they feel more part of the community. We love Classlist."

Classlist's award-winning parent communications app is the safer alternative to public social networks. It's easy to set up! Be amongst more than 350,000 parents using Classlist in 25+ countries. Get started today!

We’re told that the one thing head teachers lose sleep over is the parent WhatsApp rumour mill.

Many schools have mixed feelings about parents’ WhatsApp groups. They can provide useful information

The Independent Schools’ Bursars Association (ISBA) today set out for its member schools some of...